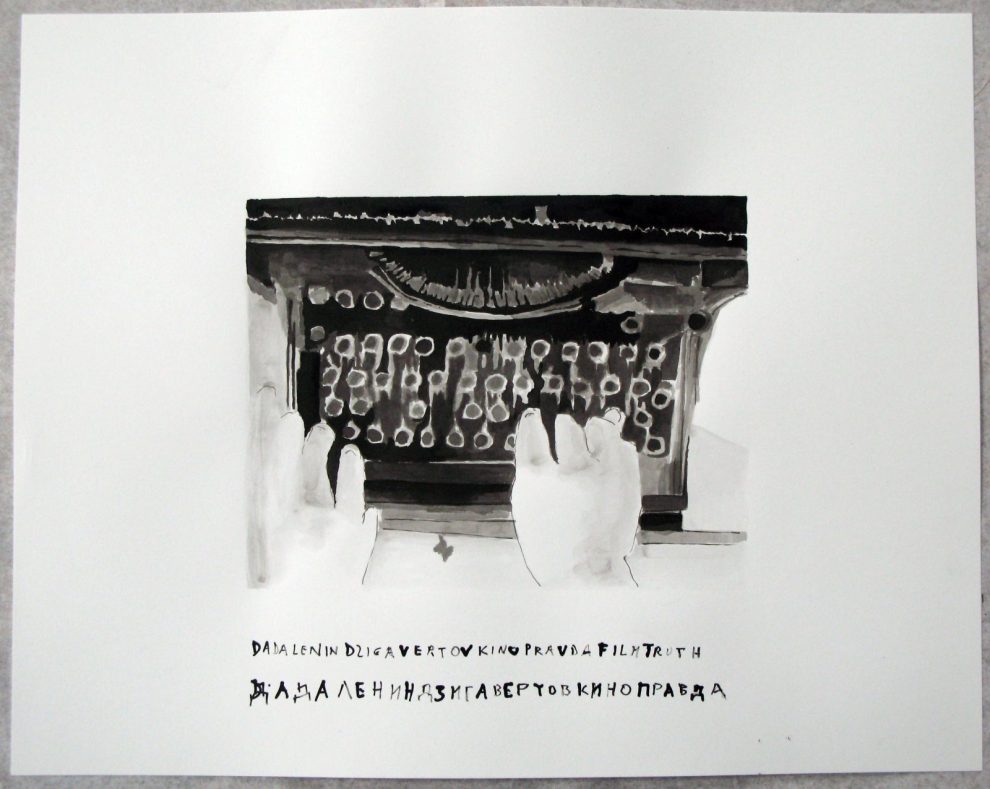 In 1937, twelve years after the Greek government published the Abecedar spelling book for the education of speakers of Slavic languages in northern Greece, Penelope Delta’s novel Secrets of the Swamp was released. It was a novel, not a history book, yet for decades it was the main source for the 1904-1908 period, the years, that is, of the “Macedonian Struggle”. So it was a key source and a way of educating Greek children on matters of national (read: anti-Bulgarian) identity.

Delta’s story, set around the lake of Giannitsa in 1907, is very widely known. Less well-known, however, are the fortunes of the Makedonomachoi (“Macedonian fighters”), the testimonies of whom were used by Delta to write her novel. And it is less well-known because, until 1949, the Macedonian Struggle, this civil war between Christians in the Balkans, which sped up the collapse of the Ottoman Empire, was only marginally interesting for state nationalism and Greek society. Things changed only after the Greek Civil War, when the Society for Macedonian Studies, the Institute for the Study of the Peninsula and Aimus, the Ministry of Foreign Affairs and the Hellenic National Defense General Staff took action. What kind of Action? The publication, first of all, of the, until then unknown, testimonies, sloppily censored.

By now we are in the 50s and 60s, a time when neither the brutalities of the Greek side in battle can be publicly discussed, nor its collaboration with the Turkish army against the Bulgarians, nor the ethnic cleansing of an area with strong Bulgarian and Macedonian presence. Those matters could not be addressed, especially by national heroes. Therefore, the way in which Greek nationalism honors those who were successful in incorporating (part of) Macedonia in the nascent Greek state, by putting their own lives in danger and taking away the lives of others, is by publishing their testimonies in a way that is nationalistically useful but not historically accurate (see “Ta Mystika tou Vourkou” ([in Greek] “Secrets of the Quagmire”), “O Ios” 7.7.2002 for more on the extent of nationalistically useful state-sponsored counterfeiting). The Church acted as scourer and amplifier of state strategy. Who can forget Metropolitan of Florida Kantiotis who, in 1990, roused Greek Macedonians and excommunicated Theo Angelopoulos for “The Suspended Step of the Stork”, denouncing the film as the work of secret agents from Skopje?

In order to win the hearts and minds of people, or in order to become politics “by another name”, history becomes myth – not by itself, of course. In order to win the argument, politics sometimes uses myth and cultural production, other times scientific research – to the furthest possible extent. If research or the arts mobilize people beyond academic or artistic circles, it is because they meet, are adopted, instrumentalised, or forbidden by segments of society; because they are involved in or directly “perform” politics. It is at the points of intersection between politics, science, and cultural production that Marginalia will search for material each month. In everything that interests us from a critical standpoint. And in everything that simply moves us, because not everything is politics.

But why Marginalia – or “marginal notes”?

One way of answering the question is by starting with books. The people who work in book production (writers, editors, translators, proofreaders) know that, without a wide margin, even the most interesting books are simply “unreadable”. It is at the margin that important notes are made, where thoughts going beyond the text are written – but also those with which we disagree or which makes us furious. Many important works, including some written by Sylvia Plath and Karl Marx, wrote works drawing from marginal notes. Moving on from the pages to the people, thanks to Petropoulos, Tachtsis, Korovinis (but also thanks to the strand of philosophy originating in Michel Foucault), we met fascinating “marginal”, yet unforgettable, characters. Starting from the margins of a book or of history is, according to Derrida, a way to learn more than that which can be learned simply by reading the main content of a page.

The fascination with margins in books is, of course, different from the real margins of society: there is nothing fascinating there, apart from the struggle of people for survival.
How can we talk about the margins of society without referring to the “rule” which marginalizes – the Centre – and therefore to politics? Is the Centre in Europe today not almost exclusively legitimized by warning about the threats of “the margins” – even if it is the Centre which created them?
Let’s not be afraid of words: a common denominator for “centrists” or “moderates” today is the rush to marginalize those who cast doubts on the structure as a whole or, in other words, the wish to put an end to the “ideological hegemony of the Left”. At the end of the day, the dilemma becomes simply suffocating: if you won’t accept one of the new faces of fascism, you must tolerate the economic violence which marginalizes, and the politics of emergency. This is how Emmanuel Macron put it in France – Europe’s perennial political laboratory. This is the way a circle of media-friendly intellectuals puts it – termed “nouveaux réactionnaires (new reactionaries)” in French criticism (see Maurice T. Maschino, “Les nouveaux réactionnaires”, Le Monde Diplomatique, October 2002). It is along those lines that public debate takes place throughout the West.
Are the supposed ideological hegemony of the Left of the Metapolitefsi and its equivalent, the “populist 80s”, not an issue for us here in Greece, for a political spectrum spanning the reformist Left to the neo-Nazi far right?

Still, beginning in the 90s, when terms such as “reforms”, “modernization”, “partisanism”, and “populism” were introduced to everyday vocabulary, the so-called “hegemony of the Left” proved to be anything but: DAP (the student branch of New Democracy) dominated universities in the 80s. In the media, a “Trumpism avant la lettre” had caused politics to be addicted to the ways of privately-run media: an appeal to lowly instincts, and to the morality of the enemy; self-intellectuallism as anti-elitism; micro-fascisms of everyday life against so-called “political correctness”. In publishing, it is rare to find authors, arguments, and themes pertinent to Leftist ideas in best-seller lists. As for the street, already since 1992 and the beginnings of the Macedonian question as we know it today, the Right and Far Right have (together with businesspeople, state apparatus, and intellectuals) attempted to erase the equation “Street equals Left equals anti-authoritarianism”. The arson attack against the Libertatia squat in Thessaloniki, during the freakish demonstration for the exclusive use of the Macedonian identity, is but the most recent attempt in that direction.

These tendencies are strengthened after 2015, as the promise of the end of the Memoranda was replaced by primary residences being auctioned off, legislation forbidding strikes and visits to Makronisos, playing like televised visits to the confessor.

No, these are not just recent or exceptionally Greek tendencies: in France, where traditional resistance has buckled, the demand to “finish with the descendants of May ’68” has been made for years; in Italy, it’s the “myth of antifascism”; in the Netherlands, the “stigma” against colonialism; in Germany, the “ideological fixation against Hitler, who resisted Lenin”. The “anti-totalitarian” equation of the two “extremes” is today a hallmark of neoliberalism, during the years when one of the extremes insists on commemorating 20th century antifascism in the service of the 21st. Is this insistence retro? Let us rethink this.

From Obama to SYRIZA, the expectations extinguished by “progressive” neoliberalism today fuel Trump and those aspiring to emulate him. They do politics in a similar way: they push the “There is no alternative” dogma and the cultural “logic” of today’s capitalism to their extremes – they symbolically minimise, that is, the distance between the leaders and the “regular folk”, they address the latter more directly, emotionally, and personally, while at the same time pulling neo-Nazism away from the margins and onto center stage. In more traditional, but not obsolete, terms: they replace defeated class hope with the permanently vulnerable national dignity. The speed and immediacy of the Internet are used to the fullest specifically for this reason: against rational argument, structured thought, criticism against false dilemmas (instead of meekly “revealing” how badly things are going…).
We need to attempt radical critique once more: we still have the margin and the freedom to do it. Like Walter Benjamin says somewhere, the significance of such an effort is that it can serve as an example: to mobilise others to produce – not just texts, but also relationships. Critique does not come free: it impacts on and draws the gaze towards different directions, it commits to particular positions, it is, therefore, a way to produce. This is the goal for Marginalia – the goal of a group of people who do not consider books as a way to favour those who are, supposedly, in the know. With your support, we hope that this “productive” goal will be met.

For the kids/guys at the Libertatia squat