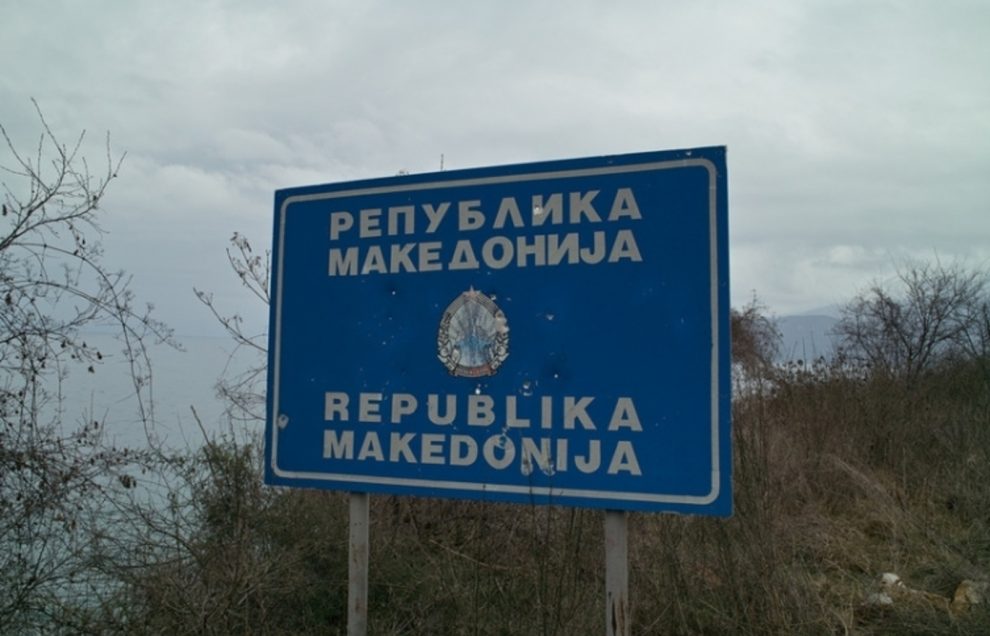 The tribute to the Macedonian issue was not in the schedule. The older amongst us had to discuss it in 1992, when all the mechanisms of the “Macedonian Fighters” that had been formed during the Cold War were redeployed in the public sphere. Since then, hundreds of studies, articles and books have been written on the subject. The Greek veto on the name, the “temporary” non-functional solution of “FYROM” and the perpetuation of the controversy in the public sphere fueled scientific research in multiple fields in the humanities and social sciences. Based on the findings of this research, it is now clear that the basic slogan of 1922 that was revived during this year’s demonstrations, “Macedonia is one and it is Greek”, is deeply ahistorical, it does not have even the smallest base in the experience of the proximate, the distant or the ulimate past.

In fact, it is about a massive recourse – based on emotional rather than rational criteria and historical knowledge and “the logic of the under-attack fortress” constantly under siege – to the common place of Greek nationalism: in the idea about the unbroken three-thousand years of national continuity. This tale has been cultivated for decades in school textbooks and all kinds of patriotic folklore events that have replaced the nation’s historical education by substituting reality with myths and establishing evocative silences: for the suppression of Slavic language in Greek Macedonia after 1913, for the successive ethnic cleansing in the Slavophones’ villages and so on.

Considering, therefore, the paradox of everyone talking about history, except for historians, in opposition to a climate of massive attraction and, at the same time, of blatant repulsion for the historical past, we designed a tribute that brings scientific research back into discussion. In this sense, we have asked historians who specialize in the respective periods of history to draw a brief outline of the geographical boundaries of the area called Macedonia and the cultural, ethnic and (most recently) national identities that the populations of this region formed in each and every age.

Presenting what we know today about Macedonia of the Archaic and Classical period, Kostas Vlassopoulos explains why the very limits of the region, varying according to the successive phases of expansion of the Macedonian kingdom, differed from its current conventional boundaries as these were recognized in 1878 at the Berlin Congress. Speaking, in any case, of collective identities, not as “beyond history phenomena written in DNA, but as a result of historical processes that are constantly subject to change and questioning”, Vlassopoulos recalls that the Macedonians spoke a Greek dialect and participated in the Panhellenic sanctuaries and games, however, many Greeks, like the Macedonians themselves after the conquests of Alexander, often claimed their difference.[1]

Explaining why the “Greekness” of ancient Macedonia is a much later construction, belonging to the modern times, Yiannis Stouraitis begins “from the fact that its lands are not part of a” Byzantine “or Greek world, but of the Roman, and they undergo the transformations of that Roman world.” The geographical boundaries of Macedonia as an administrative province of the Empire, Stouraiti notes, do not cease to change over the centuries. Respectively, the collective identities of its inhabitants are hybrid: mixtures of multiple local or ethnic consciences and the common reference of the nationals vis-a-vis the Roman emperor of Constantinople. As for any supposed consciousness of continuity with the empire of Alexander, he concludes, it concerned the biblical apocalyptic tradition of the succession of the four empires – and yet not some ethnic or national identity.[2]

The tribute continues with three texts that take us to Ottoman Macedonia.

First in chronological order, Elias Kolovos takes up to guide us in Macedonia of 17th century on the basis of the descriptions of the most important Ottoman traveler. Based on the historical works of Islamic civilization, Evlias Celebis attempts an overview of the historical region of Macedonia, in which the ambiguity of the term Rom (Romans / Romians) is recorded, but also the mosaic of religions and languages ​​in the city of Thessaloniki as well and in the broader region.[3]

If the constitution of modern Greek national history was based on the scheme of the uninterrupted continuity of the Greek nation from antiquity to the present day, one of the first problems that such a narrative was called to deal with was that of incorporating into the national time periods and events between the peak of the Greek city-states, in the 5th century BC. until the national revival of the late 18th and early 19th centuries. Just as the Eastern Roman Empire had to be transformed into Greek, so the Macedonian kingdom did not constitute an a priori connection to this constructed continuity.

From his side, Dimitris Stamatopoulos, reads to us a history aid for children, written by  Konstantinos Nikolaou, a teacher from Meleniko of Ottoman Macedonia. The text, written between 1812 and 1815, shows how far away from reality is the well-known scheme of the unbroken “continuity” that Greek nationalism projects on the Macedonian region: “The whole structure of the work,” Stamatopoulos notes for Nicholaou’s book, “is based on the biblical narrative of the succession of the four great monarchies. However, in order to resolve the issue of continuity, [he] displaces this form from time to space, replacing the succession scheme of the Assyrians-Persians-Macedonians-Romans with the four Hellenistic kingdoms that emerged after Alexander’s death.”[4]

Then, Spyros Karavas, in his introductory study of the book Military Geography of European Turkey, especially the adjacent to Greece provinces, namely Thessaly, Macedonia, Epirus and Albania. Written based on walking tours and other information (1851), which was recently republished, deconstructs the argument of the constantly in defence Greek nationalism. In the book by captain Vasileios Nikolaidis, product of the first official and secret Greek mission in the sought after territories of European Turkey, “the range of peoples who are called upon to divide the Ottoman Empire is presented. On an operational level, however, the plural, ‘peoples’, is turned into singular. Because the above peoples should not move autonomously and for their own benefit, but” as Karavas points out, “under the leadership and guidance of the Greek army. By this army they will be drafted with or against their will, under his command they will fight to fulfill the aspirations of the Panhellenic.”[5]

With the gradual eclipse of the Ottoman Empire, the Macedonian area becomes subject of disputes and a field where competing national strategies unfold. Loukianos Hassiotis refers to the aspirations of Serbia, especially after the Macedonian uprising of Ilinden (1903) organized by the Internal Macedonian Revolutionary Organization (IMRO): at that time, he reminds us, “the first Serbian armed forces were sent to the vilayets of Kosovo and Monastir. Thus, until 1908, the Serbs developed their own “Macedonian Struggle” to strengthen their influence primarily in the areas of northern Macedonia, having as their main enemy the Albanian and Bulgarian armed, educational and propaganda actions”.[6]

The last two texts also contribute to unraveling the myth of the “defensive” Greek nationalism, which supposedly defends the long-standing Greekness of the area against foreign threats. To conclude, the text by Tassos Costopoulos draws its sources from the very recent history, reminding us that it was just in 2001, when the Parliament’s Committee of Defense and Foreign Affairs discussed in all seriousness the creation of a Greek “health zone” with Gevgelija and Ohrid, in case that internal conflicts would lead to the break up of the Republic of Macedonia.[7]

The discussion and the joint action with those who are on the other side of the border that was set up bring us to the text by Macedonian Alek Atevik, a member of the Levica party (“The Left”). Reading the classic The Right of Nations to Self-Determination, published in 1914, Alevic reminds us of the Leninist heritage of the “special duties” of the revolutionaries on every side of the border – explaining that while a compromise on national self-determination can not be achieved, the name cannot overshadow the workers’ problems in Greece and the Republic of Macedonia.[8]

Let us remind: apart from the history and its repudiation that triumphs in the Macedonian issue, apart from the irrational “geopolitical” allegations, according to which a half-destroyed neighboring country poses a threat to Greece, the elephant in the room is obviously the nation: the nation as a unity, as Greek nationalism wants, and not as a set of opposing interests, as is the case in reality. That is why Greek nationalism is primarily a political ideology: if it instrumentalizes and repudiates the past, it does so for the purposes of today. Naturally, there is no single interest in the “nation”: the interests of the “nation’s” workers, the unemployed, the immigrants, are different from the interests of the capitalists of the nation. However, this line of reasoning will be developed in subsequent issues of Marginalia: there will become more explicit the “ambiguity” of identities such as that of race, nation and class.