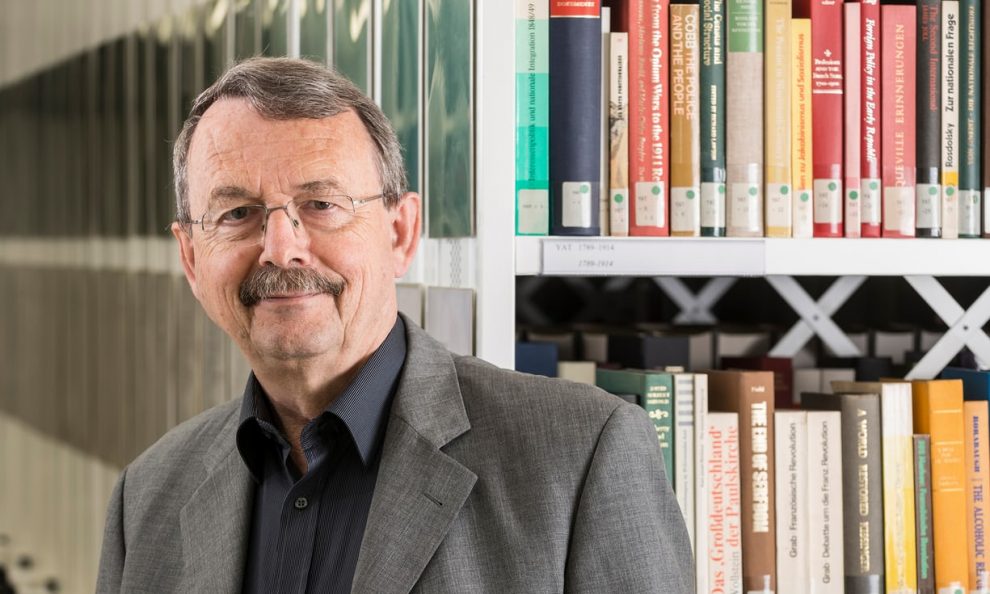 Wolfgang Streeck is one of the most influential critical intellectuals in Europe. In Greece we got acquainted with his critical thought with his book “Buying time: the delayed crisis of democratic capitalism” (trans. Matina Toulgaridou, Topos 2016), a book about the crisis in the Eurozone, which Streeck attributes to the uneven capitalist development of Europe’s national “links”. Streeck is a professor for Economic Sociology and former director of the Max Planck Institute for the Study of Societies (MPIfG) of the University of Cologne (until 2014). In his last book he reflects upon how will capitalism end (How will capitalism end, Verso 2016). He argues that, from structural corruption to weak economic growth, the “system” has accumulated a wide range of intractable problems, resulting to its ever growing cynicism and leading towards a protracted period of “entropy”: not to socialism, or a new balance, but to a period of “interregnum” with unknown ending. The book was the starting point for a discussion with Streeck, which brought up shared and divergent opinions.

In your most recent book (How will capitalism end?, 2016) you mention that the history of capitalism has been, since the 19th century at least, a history of its crises. However, the various predictions of its end have been proven wrong until now. Today, alongside a widespread consensus on the seriousness of the ongoing crisis, there is a total disagreement on how and if it is going to have an end at all. How can one explain this “Babel”? Does it make sense anymore, after so many false predictions, to ask economists and sociologists to predict the future?

What older theories of capitalist decline, or capitalist end, did not know, and could not know, is how many different forms capitalism as a social and economic system can assume – from liberal to state-administered to neoliberal, or from merchant to industrial to financial, etc. etc. Often enough, these transformations happened in the last minute, forced by crises, powerful countermovements, or, not least, the rise of the state and global warfare in the twentieth century. Still, the basic problem of modern capitalism remains: it is a socio-economic regime that depends on endless growth – endless accumulation of capital – in a finite world. All sorts of tricks have been invented to suspend that problem provisionally and for the time being; but there is no reason to believe that this will always be successful. In any case, giving up on thinking only because the question is difficult is not a good idea.

The geostrategic and economic hegemony of the USA was an essential feature of the notorious “golden age” or “thirty glorious years” of capitalism. This hegemony lead to violence but it also consolidated the international prestige of the power which exercised leadership. Trump’s attacks against Germany in the last NATO summit confirmed how far away from this era have we moved. However, a leadership deficit exists also in today’s Europe. What does Angela Merkel want for Europe today?

Trump’s attacks on Germany and other countries reveal tensions that have long been inherent in the Western capitalist state system. They have to do with the declining industrial capacity of the United States in the course of the financialization of its economy. Domestic resistance among the losers of de-industrialization is reflected in demagogic rhetoric against countries less exposed to the risks of financialization. That should not be a surprise. But it is less important than the underlying structural tensions.

Regarding “reasonable leadership”, this is necessarily difficult to come by in an era of great confusion. Angela Merkel, if you ask me, wants two things: for her party, and herself, to stay in power, and for Germany to remain the growth pole of the Eurozone, which requires preservation of the German bonanza, which is the Euro, at any price.

In order to gain some time, the SYRIZA government has turned the integration of Greece into the mechanism of quantitative easing (QE) into its single and absolute goal. Some years ago, you suggested that this kind of solution failed wherever it was implemented. Could one expect today a return to some kind of growth for Greek or European capitalism?

It depends on what you mean by growth. Wealth and incomes at the upper end of the scale have been growing enormously in recent years whereas at the lower end they have stagnated or declined. Rising inequality limits effective demand, so growth in sectors where normal people provide for themselves is low. Those who have houses to sell, or castles, or yachts, or fancy financial papers, however, may benefit greatly. Public demand could fill the gap and make growth again available to normal people; but since the debt crisis, financial markets insist that public spending be consolidated, so states can be trusted to be able to repay their loans. For a great number of people, it will take a long time until they return to their income level of before 2008, if at all.

You have argued that neoliberal ideology encourages migration. However, the overall management of the refugee flows by EU institutions (especially the deal with Turkey and the bilateral treaties between EU and non-EU countries on border surveillance), shows a constant reactionary, right-wing shift: in the beginning it was the countries of the Visegrád group (the Czech Repulic, Hungary, Poland, and Slovakia), and now it is Austria, Italy and Germany… Is European “cosmopolitanism,” if it has ever existed, approaching its end?

European “cosmopolitanism,” as you call it, has never existed in the way you seem to suggest. Originally it was identical with colonialism and the exploitation of the rest of the world, divided more or less between the European powers. Today what you call the “neoliberal ideology” takes sides with a different idea of cosmopolitanism which claims it to be a human right to migrate any time to any place in the world, regardless of the consequences for the resident population. There is, however, no such human right, and cannot be. Organized societies governed by states must have control over their borders; otherwise they cannot maintain the social order that they have developed. This does not preclude that there may be international obligations to help people whose lives are threatened by religious or racialist persecution, or to help other societies overcome poverty and war. But this need not and often cannot be done by “no border” immigration. Generally as a socialist I think in terms of politically organized societies, and of individuals primarily as members of such societies.

In your book “Buying Time: The Delayed Crisis of Democratic Capitalism” you note that the crisis of the Eurozone was inevitable, because of the uneven rhythms of accumulation of Eurozone economies. The EU framework permits the Left nothing more that a socio-liberal plan – and this is what we have experienced in Greece. If this is so, to what extent can the Left attempt to implement an alternative plan? And what would be the priorities of such a plan?

I don’t understand what sort of “plan” you have in mind. Even if I did, however, I wouldn’t know who “the Left” might be that could develop such a plan and then implement it. Social-democratic parties are disappearing everywhere, except perhaps in the UK, and Communist parties have already disappeared for all practical purposes. I do not believe in putting an end to capitalism by “the Left” taking over the state and then putting in practice an “alternative”, presumably socialist, “plan”. The new world after capitalism will arise from local experiments and local struggles, decentralized, adapted to local experiences and possibilities and capacities. Systemic politics will come later, growing out of a process of collective discovery of alternatives ways of organizing social life.

The world celebrates the 200th birthday of Karl Marx. Why should one be a Marxist today?

One shouldn’t be. Marx himself was not a Marxist, as he pointed out several times late in his life. We should learn from him – always keep an eye on the realities of political power and economic production, on the real world in its historical condition and trajectory; think about the big questions, of human freedom and development, not just as a social scientist but as a responsible citizen; don’t be shy; accept responsibility for what you can do, and do it; ask questions of justice but in connection with practice; challenge power. No dogma, never! Don’t allow yourself to lag behind the historically possible! And understand that progress cannot be had without struggle and sacrifice. If that’s Marxism, we all should be Marxist.

In your books, one can discern a concern about your potential audience, about whether or not contemporary critiques of capitalism can reach people beyond academia. The Far right accuses constantly the Left of being elitist. How can a left critique of capitalism avoid isolation and elitism?

The Left must take people, the really existing people, seriously and have confidence in their good sense and practical judgment. Without this there can be no left politics, none at all. The Left, in other words, must listen to people. If we listen carefully we will always find connections to problems in their everyday life that are related to the time pressure, the economic pressure, the intellectual and spiritual and communal impoverishment that comes with life under consumer capitalism. We should be ready to make suggestions to people that help them understand what is happening and how to organize collectively to do something about it. No party politics, or only marginally; instead the politics of real life on the ground.

Dimitra Alifieraki copy edited the english text of the interview. Many thanks to Karen Emmerich and Vasiliki Kaisidou for their remarks and corrections. 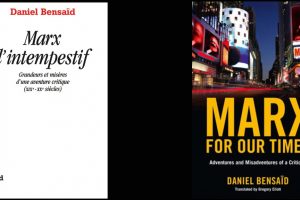